After just 7 days being in San Francisco we had to leave the city and we could finally start our road trip through California // Nevada // Arizona! We already rented a car at Alamo, when we wanted to pick it up they gave us a free upgrade to a nice Ford Focus! We baptized the car later “Hassan” because every time when we go back in the car Jordi yelled: “HASSSAAAN! WE ZIJN DR WEEERRRR!”

We already planned on going North first to Redding. This way we could start our road trip on the amazing Golden Gate Bridge! Wow, it’s a true piece of art that bridge.. and pretty photogenic don’t you think!? 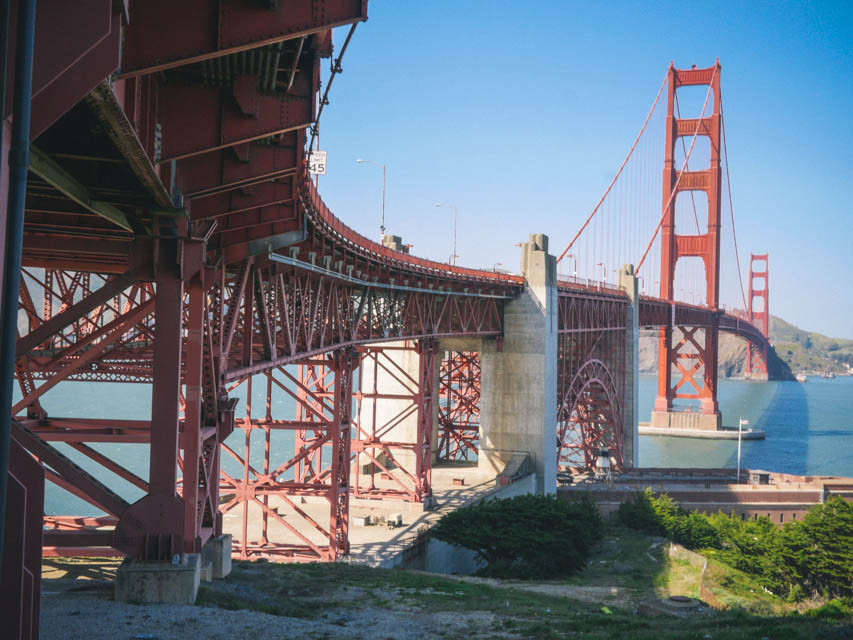 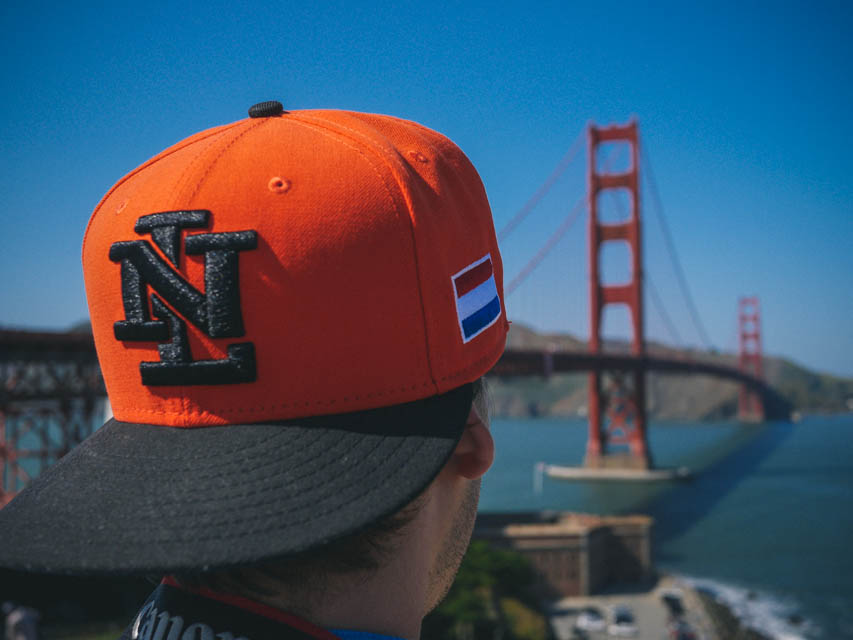 After we got through the crazy busy traffic outside SF we arrived safely in Redding. We visited Redding just for a couple of days to meet up with Janine, Jordi already knew her from the Netherlands and she took us to Bethel. She invited us to stay in the guesthouse where she’s currently staying. There we had some time to plan the road trip and book some motels on the way. Lori, a girl who also stayed in the guesthouse gave us the tip to go to Solvang and try some wine tastings since California wine is pretty well known! After we planned the first couple of days of our trip we decided to leave Redding and head to the part of the USA where we both most looked forward to: The Big Sur, the pacific coast highway!

We had a motel in the middle of the route so we could divide the trip on highway 1 in two days. We had never witnessed such beauty! We shot together over 2000 photos and shots. The navigation said the route would take us just 3 hours, but it took us almost 7! So you can expect some real cool blog material from this trip! We taped the GoPro camera (with the suction cup) on the front of the car, so you can really experience this trip with us!! On the way we met ]a guy who was traveling through the Big Sur on his bike with his pet bird “Patricia Dolores” a.k.a. P.D. Bird! Pretty awesome dude who has set up a blog about all his travels with his bird. Pretty funny, so check it out here! 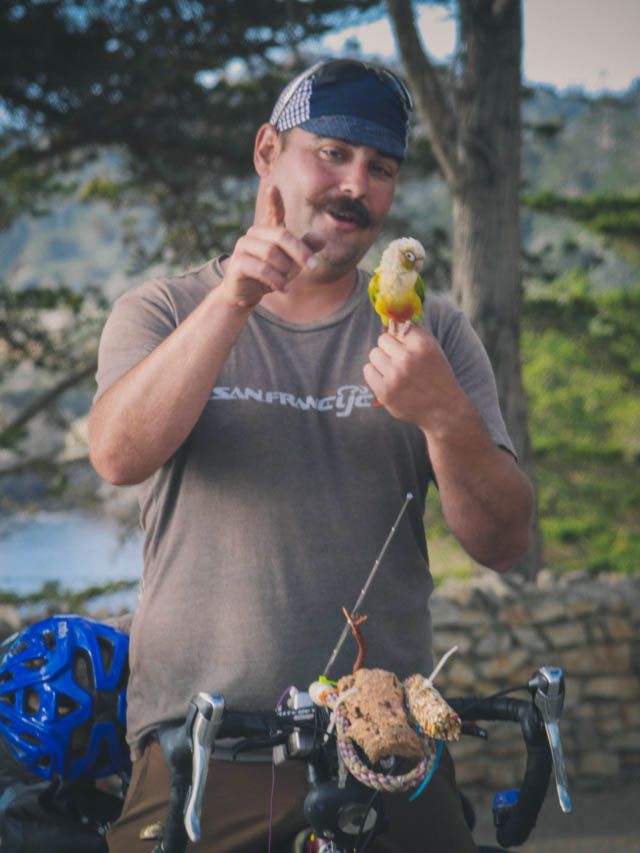 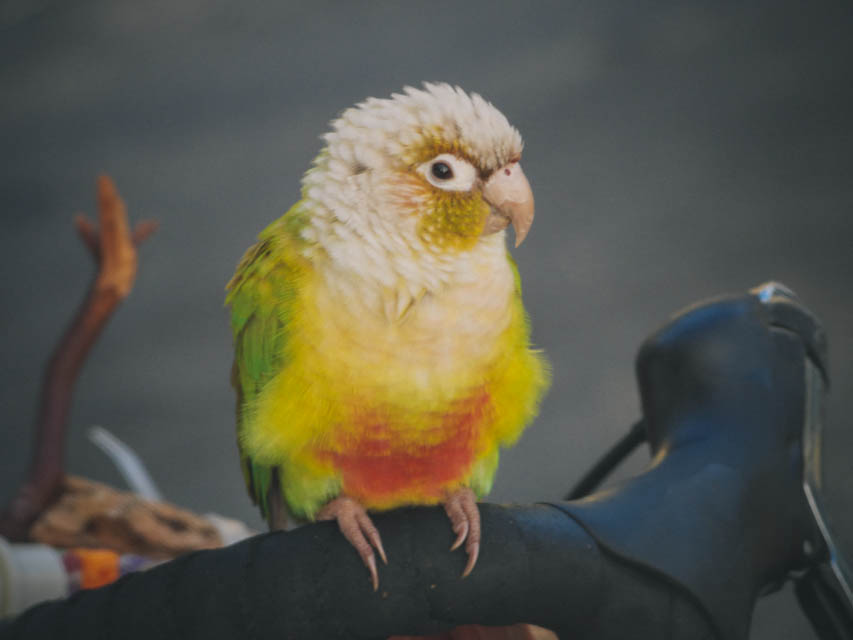 Nevertheless the route on the Pacific Coast Highway 1 was amazing, as you can see in the photos below. If you like driving (or cycling) this is also a great route for you! Many zigzag roads, up and down.. it feels like a roller coaster.. especially if you drive like Jordi does… vvvrrrroooommm!! haha!

At the end of the route along the coast we went into the mountains to a town called ‘Solvang’. We both like some good wine now and then. So we really wanted to do a wine tasting in California. Well Solvang is wine tasting heaven! There are like 30 (or more) local wineries there where you can do tastings. Normally you have to pay for the tastings but since we had a great tip from Lori to stay at the Hadsten House Inn we got a free pass to many of them. But since we only had one day there we asked around what the best and most exclusive wine tastings were and we went to Bridlewood, Firestone and Ampelos! We had a great time and a little bit to much wine… because you don’t throw away a good glass of wine right!? We had about 17 different wines and let’s keep it at that!

After a good night rest… it was time for the city that everybody knows from movies like: Oceans eleven, twelve, thirteen, The Hangover and many others. That’s right, we spent our easter at Vegas baby!
After some last minute research we booked the Desert Rose Resort for 4 nights since it was located in walking distance of The Strip and we didn’t have to pay the price of the big hotels. We don’t really want to talk about what happened in Vegas… Let’s just say we’ll be starting a new crowd funding campaign very soon!

No just kidding! We had a great time in Vegas and walked miles and miles through the big hotels, casino’s and the whole Strip (Las Vegas Blvd.). We got lost a couple of times in the Casino’s, finding the exit is a challenge sometimes. Maybe it’s important to say we didn’t lose any money in Vegas because we’re both not real gambling fans. But it’s pretty cool to see the city for a day or two, Vegas is definitely the king of ‘fake’. When you’re there you lose all grip on reality and time! It’s a pretty weird experience to have no idea on what time it is and where you are when you walk over there.

After Vegas it was time for the next big thing: The Grand Canyon! On the way we stopped at the Hoover Dam since we basically drove right past it… but then we drove straight to Flagstaff, our base to explore more of the Grand Canyon.

And finally we’re back on track! But to give you guys a small teaser about our experience in The Grand Canyon the last 2 days: We witnessed the sunset over there.. and we both agree it was the most beautiful spectacle of nature we have ever witnessed in our lives! WOW! Jordi is writing a personal blog post about what happened there…